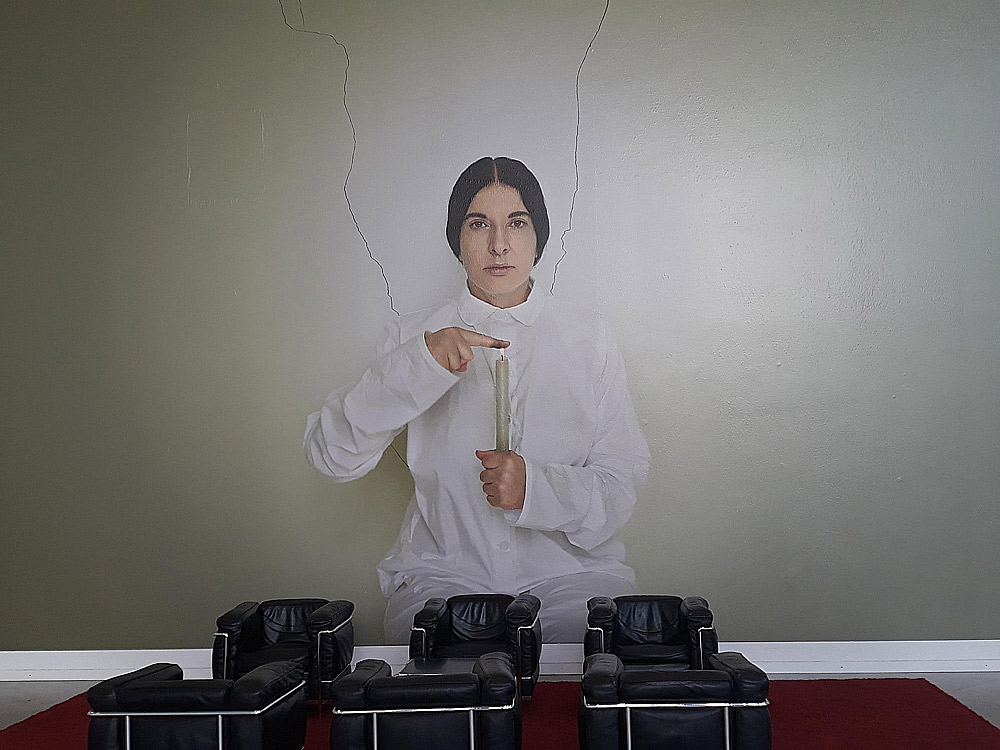 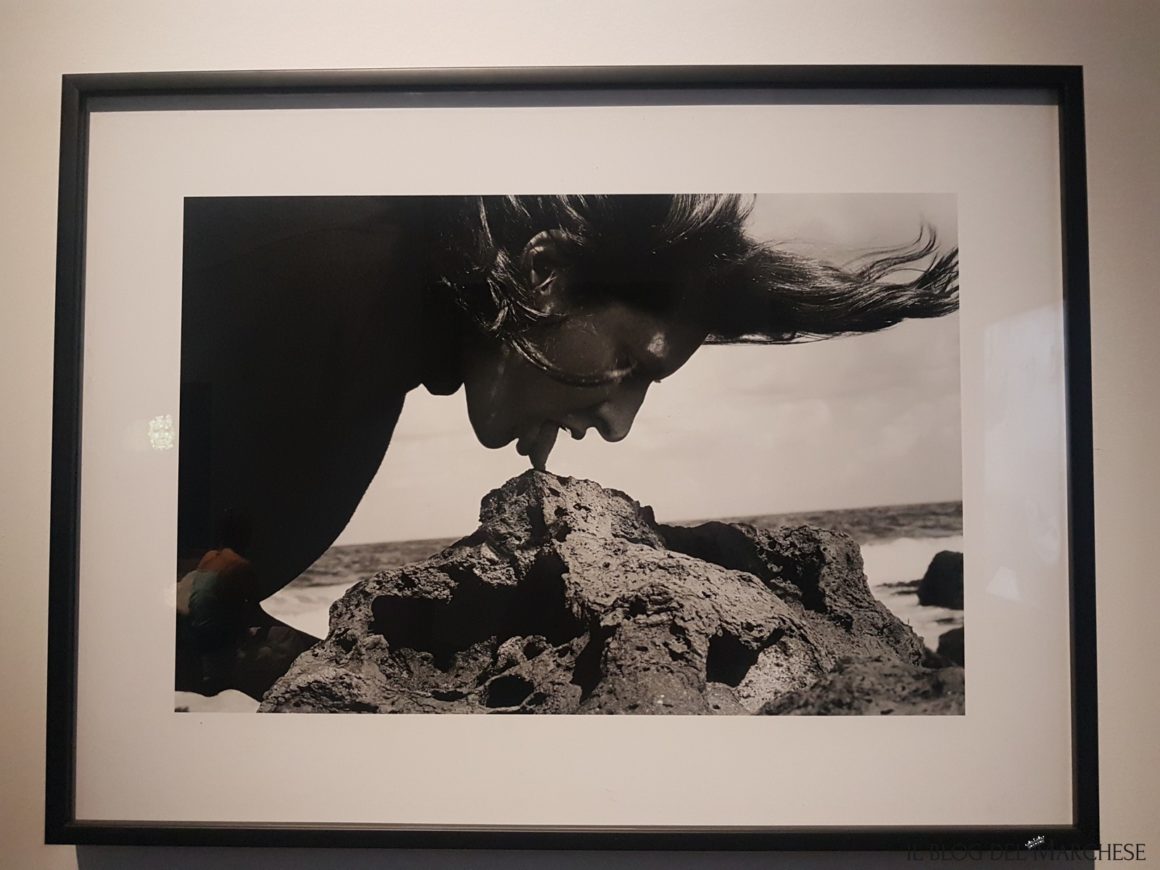 The curiosity was really a lot and just returned to Florence I went to visit the new exhibition staged at the Palazzo Strozzi dedicated, for the first time to a woman, in Marina Abramovic. The title of the exhibition, “The Cleaner ” Inugurata Day September 21, refers to a particular moment of creativity and existential, to a reflection of the artist on his life: “As in a house: just keep what you need and clean the past , Memory, Destiny “. The exhibition resumes and continues the retrospective of 2010 at the MoMA in New York, an occasion for which Abramović made the performance the Artist is present.
The Cleaner brings together over 100 works that reflect its close relationship with Italy and offer an overview of the most famous works of his career. It starts from the Seventies up to the years two thousand, through videos, photographs, paintings, objects, installations and the live replay of its famous performances, through a group of performers specifically formed and selected at the time of View.
The exhibition is an extraordinary opportunity to discover the complexity of Marina Abramovic’s art, whose works range from strong, violent and risky to exchanges of gestural and silent Energy, up to real meetings with the public. 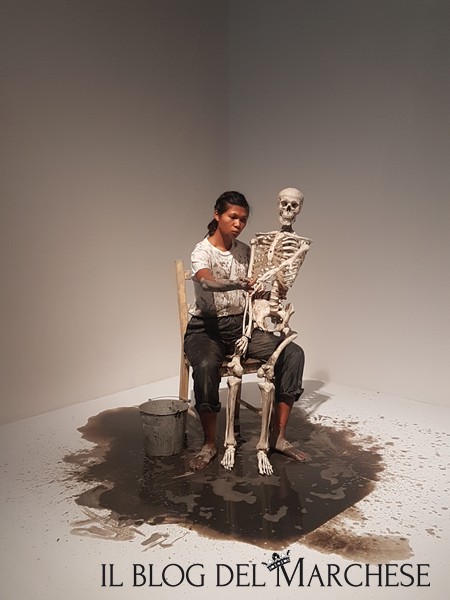 The exhibition traces the main stages of the artist’s career, which debuts very young in Belgrade as a figurative and then abstract painter. Of this production are exhibited unpublished works such as the self-portrait of 1965 and the paintings of the series Truck Accident (1963) and Clouds (1965-1970) in which they repeat obsessively violent accidents of trucks and clouds almost abstract, leaving already a glimpse of the tension Of an art that goes towards immateriality and that places the human body as the central element of his research.
It is in the Seventies that the work begins in the performance through the direct use of its own body, as witnessed on display by works such as the Rhythm series (1973-1974) and Thomas Lips (1975) in which the artist exhibits himself to harsh tests of physical endurance and Psychological, Art must be beatiful/Artist must be Beatiful (1975), where, naked, she combs her hair until the skin bleed, or the Freeing Series (Memory, Voice, Body, 1975), in which she tests the ability of individual endurance through Exhausting repetitive actions of words, sounds and gestures. In 1975 he met the German artist Ulay with whom he created a sentimental and professional relationship whose symbol is the Citroën van in which the two lived, travelling incessantly in Europe for three years and which is exhibited in the courtyard of Palazzo Strozzi. Together they create famous performances of torque as Imponderabilia (1977), where the public is forced to pass through the naked bodies of the two artists as if they were the jambs of a door, and which is interrupted by the police, or actions like Relation in Space (1976) and Light/Dark (1977) and in which they experience the encounter/clash between female and male energy. In the Eighties Marina and Ulay undertake research trips and study meditation practices in Australia, India and Thailand. Works such as Nightsea Crossing (1981-1987) are born, in which they remain motionless facing each other for hours, and Nightsea crossing Conjunction (1983), in which Aboriginal and Tibetan cultures are put in contact. The end of their sentimental and professional relationship is celebrated in 1988 with the performance The Lovers (1988) where the two artists meet to say goodbye to the middle of the Great Wall of China, after walking two thousand five hundred kilometers each, Starting her from the eastern end and him from the western one. 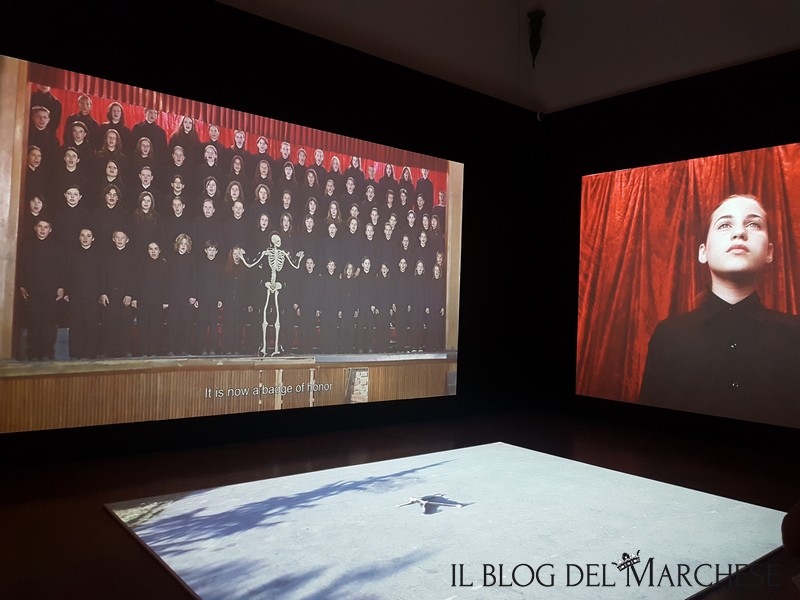 In the Nineties the drama of the war in Bosnia inspires the Balkan Baroque Opera (1997), with which Abramovic wins the Golden Lion at the Venice Biennale, of 1997, which becomes a metaphor against all wars: within a dark basement the artist cleans a A thousand bones of cattle scraping pieces of flesh and cartilage while singing songs of Serbian folk tradition. Related to the Balkan world and its complex family dynamics are also presented in the exhibition works such as the Hero (2001) dedicated to the father, hero of the resistance, or the controversial cycle Balkan Erotic Epic (2005).
In parallel, Abramovic carries on a research on the themes of meditation and transcendence that are expressed in transitory Objects (1995-2015): not sculptures, but tools for interior journeys, made with materials such as quartz or obsidian, Endowed with a particular charge that allow to achieve an exchange of vital energy between the same objects and the public. The Stones are “instruments” through which the spectator is invited to interact, feeling the energy they emanate.
Over the years his performative art, ephemeral by definition, it expands over time: from the few hours of the performance of the Seventies to the Artist is Present (2010), in which the MoMA in New York, mute and immobile – for more than seven hundred hours in three months – has Fixed fourteen hundred and seventy five people who have alternated before her, thus emphasizing the value of an energetic and spiritual communication between artist and audience as a fundamental element of her work. 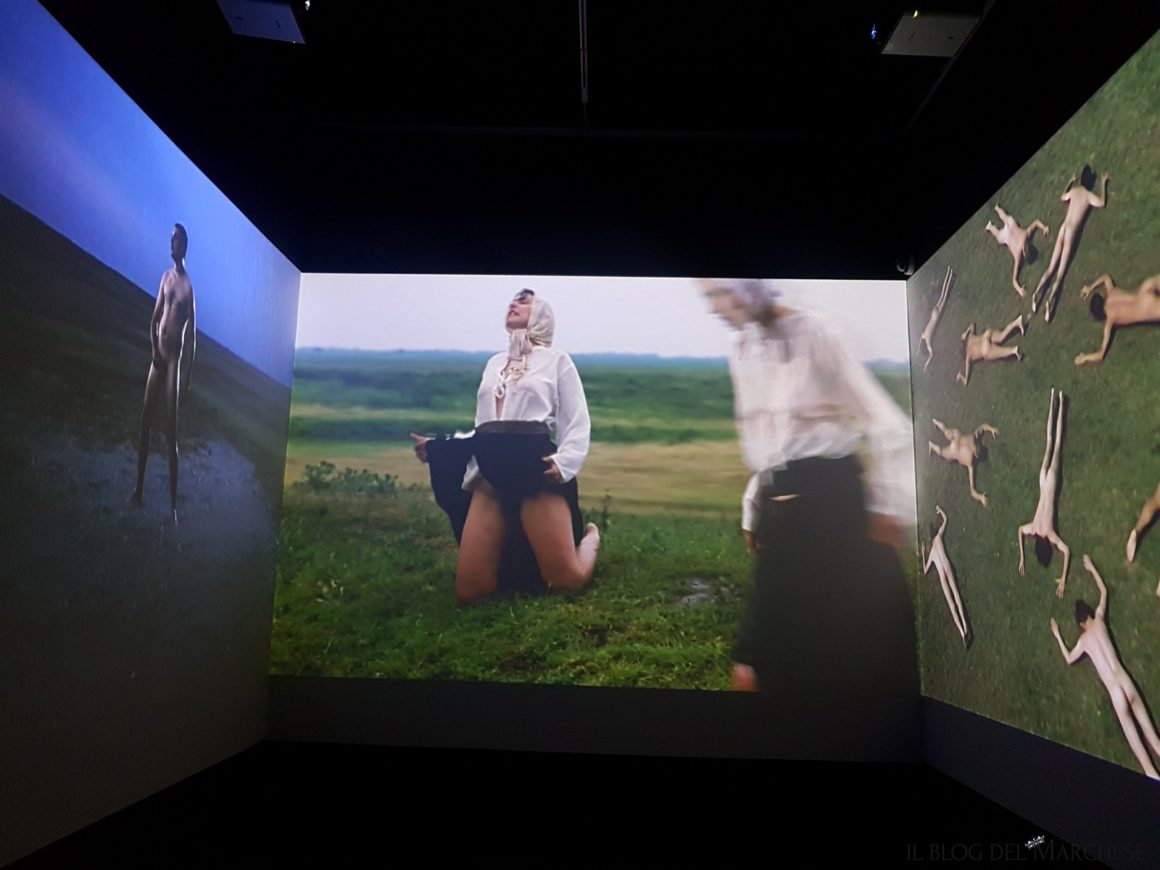 The last part of the retrospective is dedicated to the long-term performances in which Marina presents itself, for a more extended time, in situations structured around simple daily acts, such as eating, drinking, sleeping, meditating, showering, as in the case, for example, of the House with the Ocean View.
The exhibition finds its fundamental characteristic in the re-performances that will alternate every day within the exhibition, making Palazzo Strozzi a changeable and constantly changing space, with Imponderabilia, Cleaning the Mirror and luminosity In the spaces of the Piano Nobile and with the Freeing Series (Memory, Voice, Body) in the Strozzina. In order to keep his works alive, Marina Abramovic uses re-performance as a method and practice of work, as witnessed by the famous seven Easy Pieces cycle (2005) realized at the Guggenheim Museum in New York, where he replicated seven historical performances of Artists such as Valie Export, Vito Acconci, Bruce Nauman, Gina Pane, Joseph Beuys and herself. Through the Marina Abramovic Institute for the Preservation of Performance ART (founded in 2010) and with the so-called “Abramovic Method”, developed during his career as a physical and mental practice to perform a performance, the artist has also placed The basis for transcending the ephemeral character of his works and reinventing the very idea of performance in the XXI century. By involving different spectators and performers, the performance itself changes in the different contexts in which it is replicated.

Finally, thanks to the renewed collaboration of Palazzo Strozzi with the work of Santa Maria del Fiore, two works are exceptionally exposed to the Museo dell’opera del Duomo in dialogue with masterpieces such as Michelangelo’s Pietà Bandini. It is a photograph of Pieta (Anima Mundi) (1983/2002) and video The Kitchen V, Carrying the Milk (2009). In the first Marina Abramovic reinterprets the sacred iconography of Pietà and in the second pays homage to the mystical Saint Teresa of Avila.
It will be possible to visit the exhibition until 20 January 2019
The exhibition is organized by Fondazione Palazzo Strozzi, produced by Moderna Museet, Stockholm in collaboration with the Louisiana Museum of modern Art, Humleæk and Bundeskunsthalle, Bonn. Curated by Arturo Galansino, Fondation Palazzo Strozzi, Lena essling, Moderna Museet, with Tine Colstrup, Louisiana Museum of modern Art, and Susanne kleine, Bundeskunsthalle.
Info
Timetable shows daily including holidays 10.00-20.00
Thursday: 10.00-23.00
Tel + 39 055 2645155
info@palazzostrozzi.org 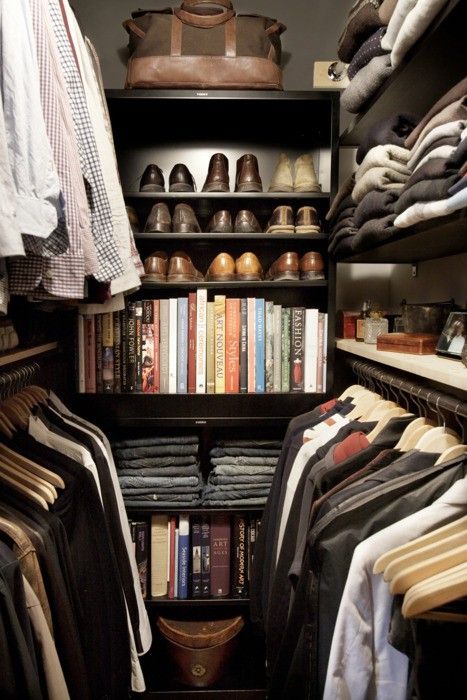 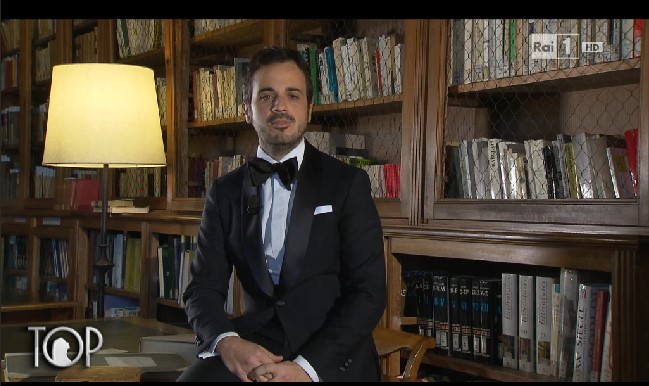 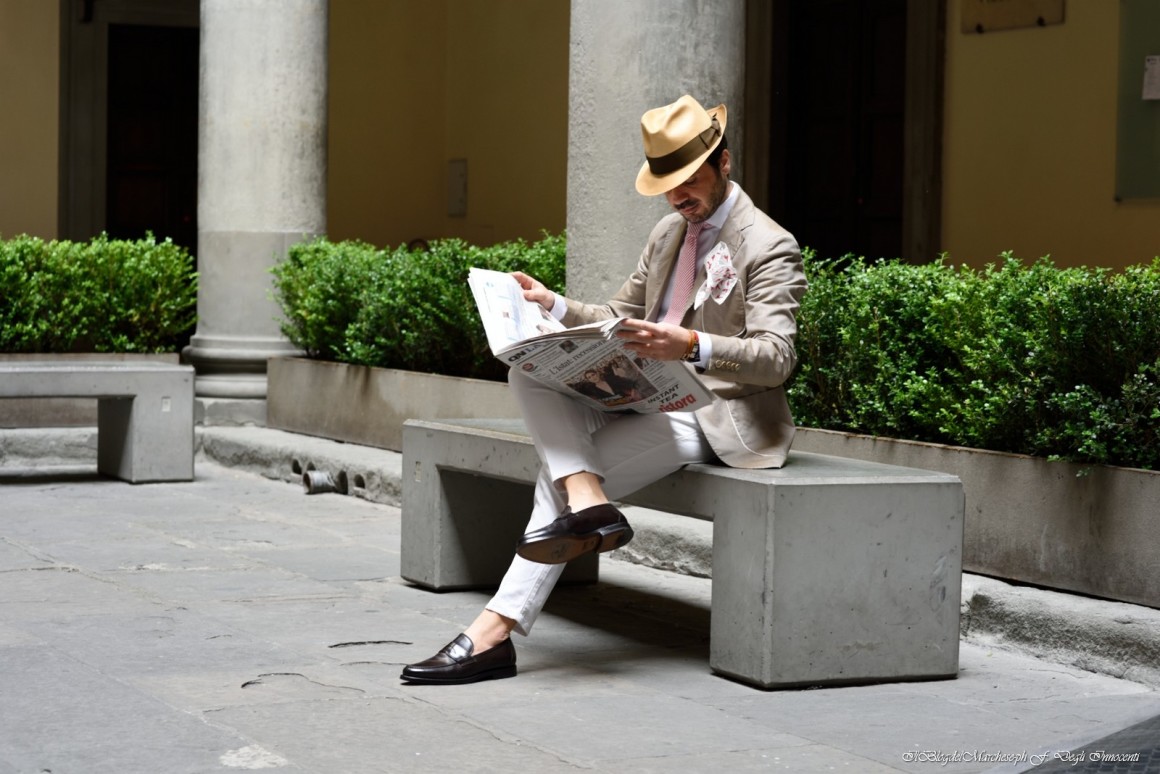 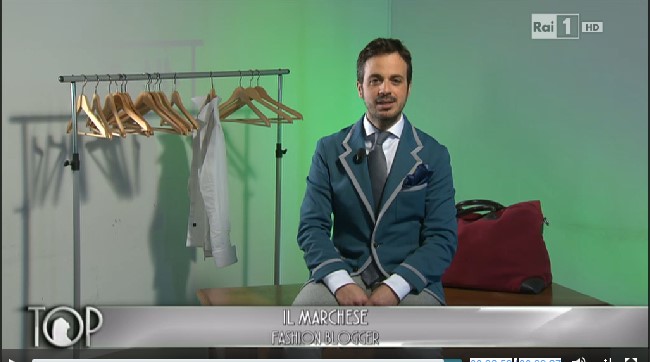 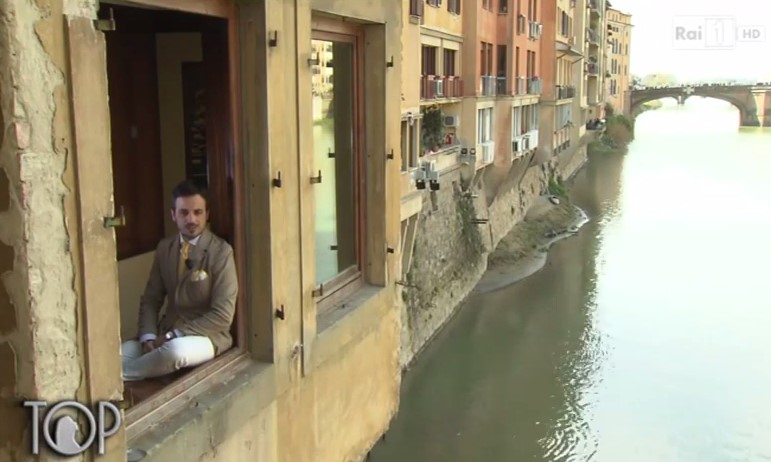 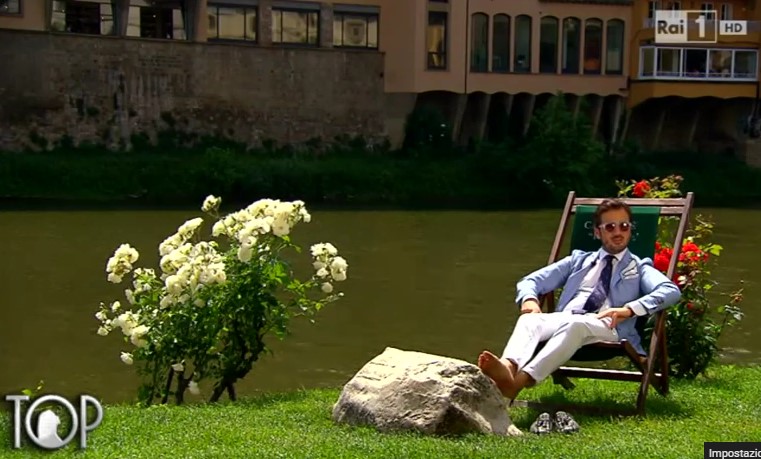 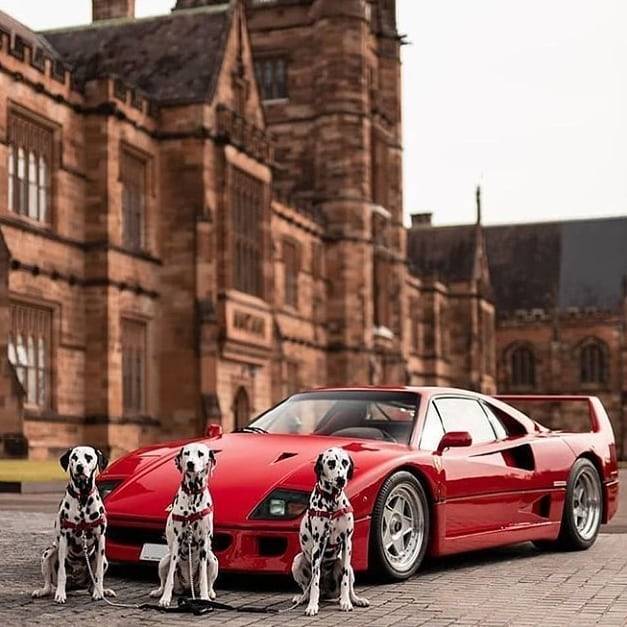 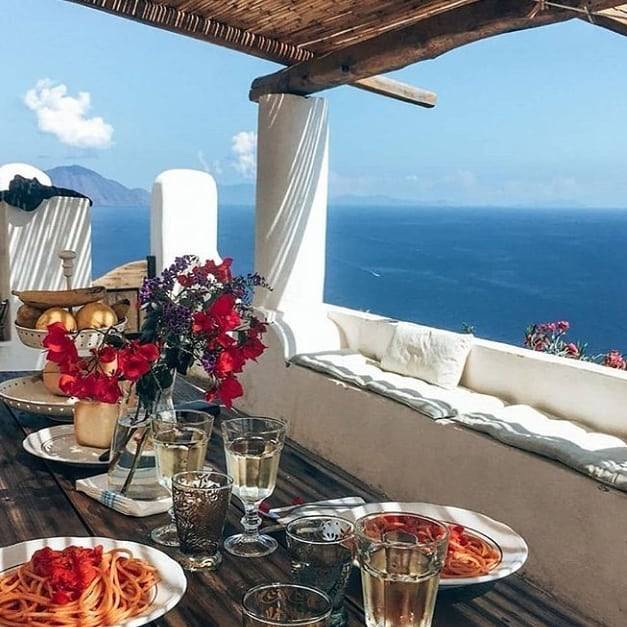 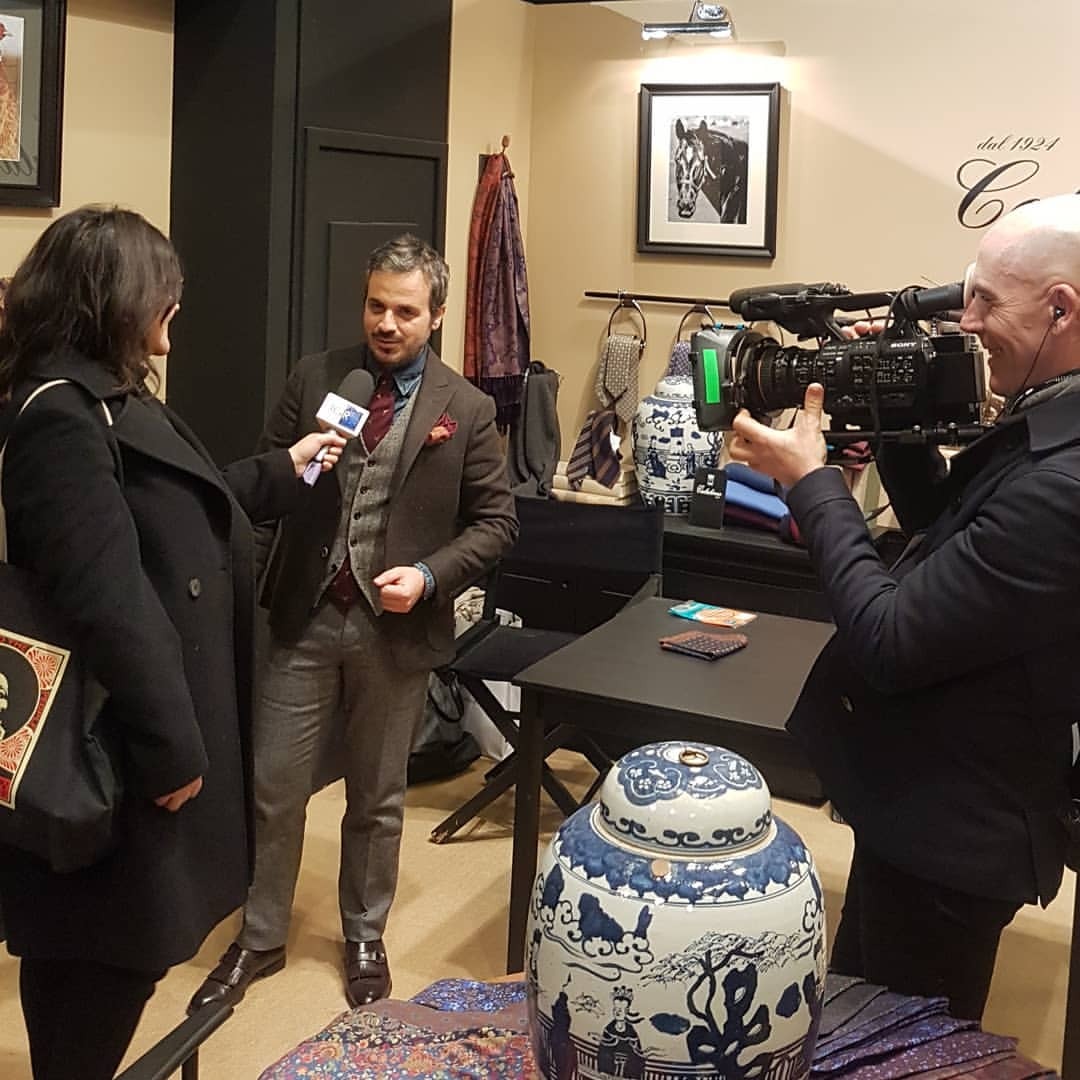 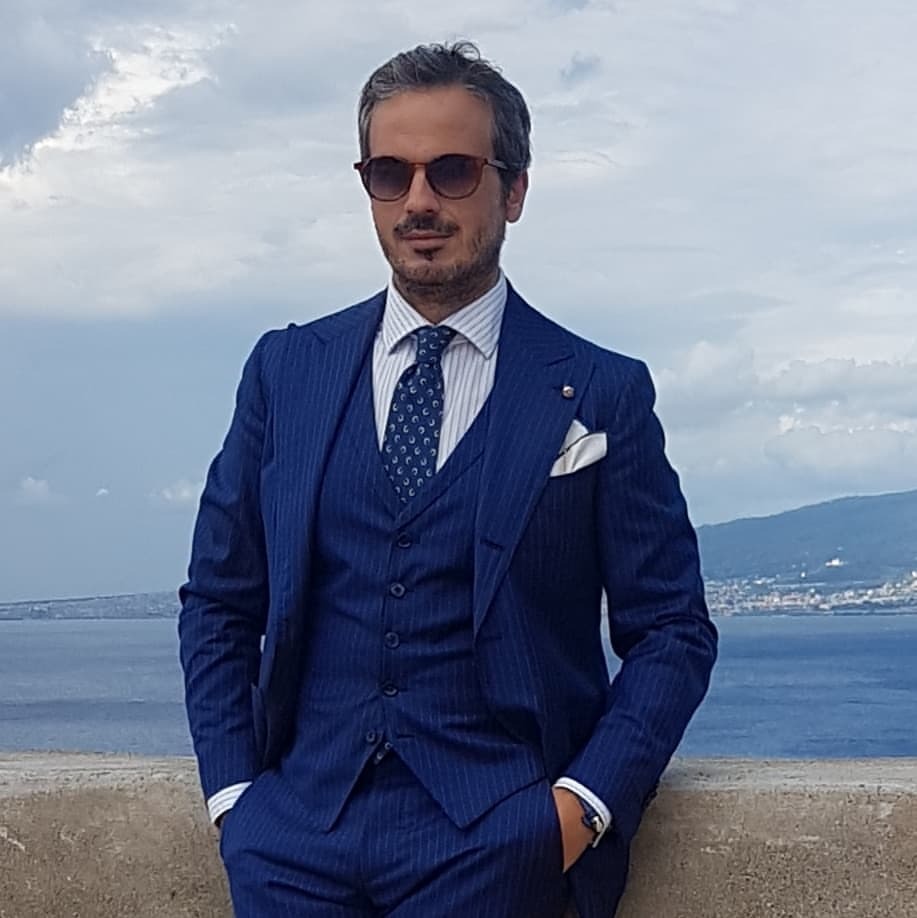 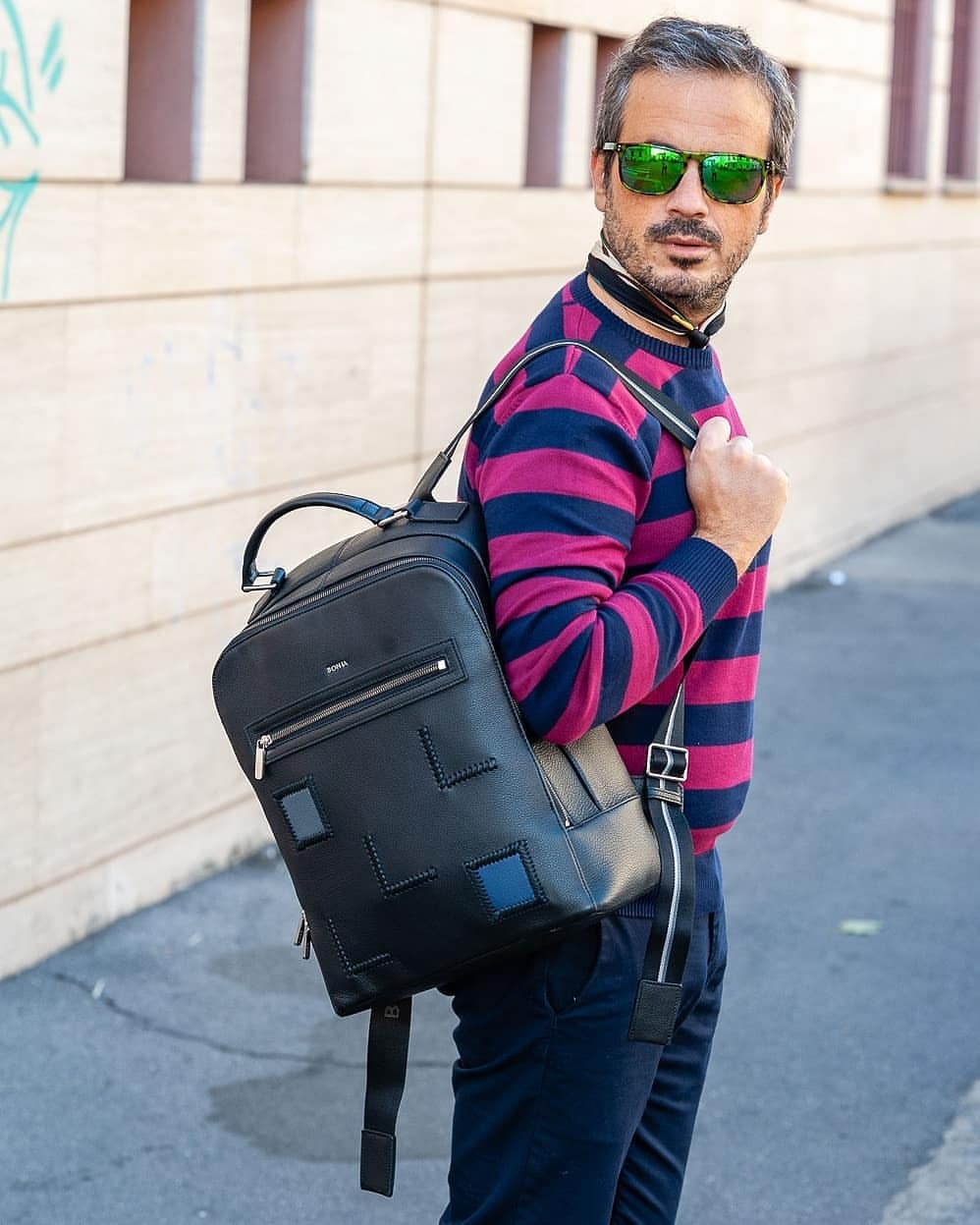 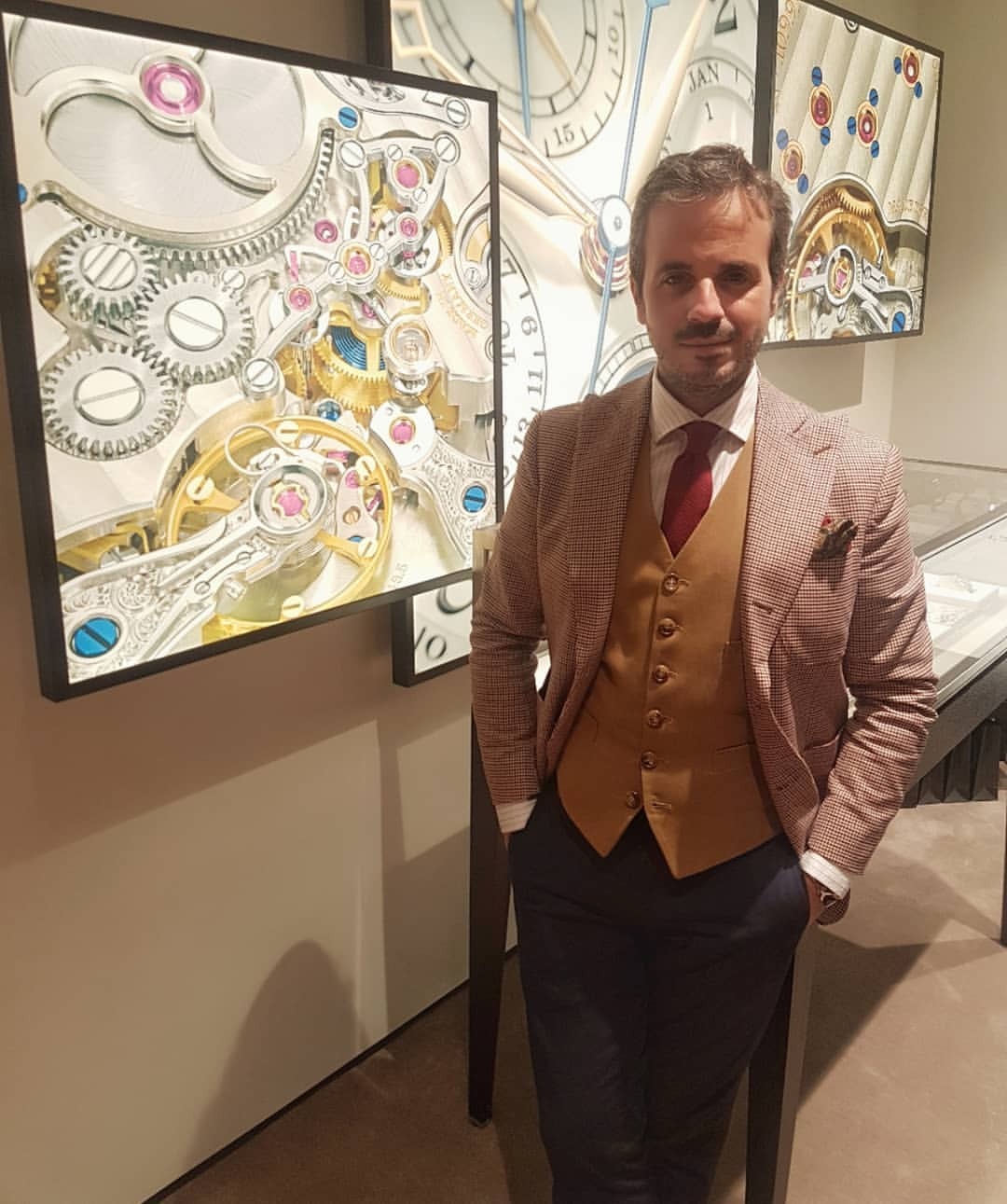